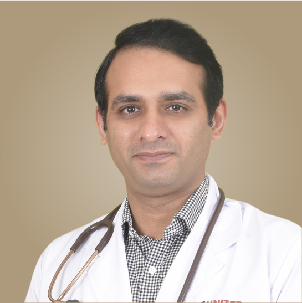 Dr. Pratyush Miglani Head of  Dept. of Internal Medicine and Diabetes & Medical Superintendent at United Hospitals, Jayanagar, Bangalore. With years of experience in the field, he has immense expertise in the field and has successfully treated many patients over the years. He has been awarded Dr. JC Patel and BC Mehta Best Paper Award 2015 at APICON, 2016, Best Poster Award at KAPICON, 2011, and Best Poster Award at KAPICON, 2011.